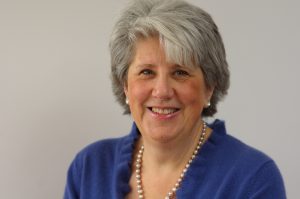 Sue has worked in the field of Education and Leadership for 39 years. She initially came from a background of Special Education and then Local Authority advisory work where she has supported schools and leaders from all phases and sectors. Her most recent position was Deputy Director of Education for a Diocese. She has also worked within Public Health, co-ordinating Multi-Agency Policy Development.

Sue works with schools, charities, churches and faith communities. Sue specialises in coaching leaders and facilitating senior teams. She enables leaders to renew vision and establish strategic direction. She has led initiatives and written on the subject of Values and Ethos and created tools to enable groups to discuss these effectively. Sue created a values based model for Sustainable School Improvement – Improving from WithIn – which has shaped her approach to school effectiveness. Recent work has given Sue the opportunity to implement this approach within the church and charity sectors. She is currently writing a book about her model.

Sue has a passion for seeing leaders gain greater confidence and impact positively on their organisations. She will help them to build capacity and develop their strategic plans. She sees the connections and distinctives in the different sectors she works with and has gained a richer understanding of leadership because of it. Sue is able to utilise this understanding to provide insights that enable her clients to thrive. She is committed to creating interventions that get to the root of issues and provide a catalyst for real change.

As Deputy Diocesan Director for Education, she had responsibility for school effectiveness. She was instrumental in setting up a Diocesan Multi Academy Trust and designed the school improvement model that has enabled the Academies to thrive. Sue worked on the Church of England’s development of Character Education and contributed to ‘The Fruits of the Spirit’ publication. Sue worked to build System Leadership Capacity across the Diocese, working with partners in Local Authorities, Teaching Schools and the Regional Schools Commissioner’s Office.

Sue was accredited as a National College Lead Facilitator and worked extensively on their Teams and Leadership Programmes. She has extensive experience in developing  and delivering leadership programmes. Sue is a visiting lecturer for Waverley Abbey College, contributing to the MA in Spiritual Formation Course. Sue has a Diploma in Performance Coaching, is an EMCC Accredited Coach at Senior Practitioner Level, a member of the European Mentoring and Coaching Council and is a trained Spiritual Director.

Sue developed Signposts Coaching for those seeking direction and fulfilment, she works with individual clients and with groups. 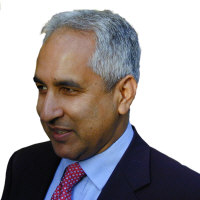 Karamat has worked in equalities and education over the past 40 years. During the 1970s he was active in the early developments of services for ethnic minority young people and adults. During this period, he pioneered Multicultural Education courses for public sector professionals. He was also active in promoting cohesion and understanding between different ethnic groups.

Upon qualifying as a teacher he joined the Birmingham Multicultural Support Service. He then worked as a Community Relations Officer (Education) for Wolverhampton Race Equality Council. In his next role, for 13 years, he was the Deputy Director: Equal Rights and Opportunities Management Unit at a post-16 Community College which was seen as a ‘Centre for Excellence’ in equalities.

Since 2000, Karamat has had a portfolio career. For 10 years, this included working as a Local Authority Schools Adviser for Birmingham. His work here included equalities, ‘remodelling the workforce’ in schools and staff wellbeing. Alongside, and after, this he has worked as a Diversity Consultant where he has undertaken a number of prestigious assignments in the public, private and not-for-profit sectors. This has included working for central government, including Department for Education, Cabinet Office and the Home Office.

Karamat has had a longstanding commitment to improving education of disadvantaged young people. He ‘championed’ the educational needs of White Working Class children as evidenced by his work being used as the main text for debate in Parliament. A recent example of this was the Unlocking Gifts project where he was the Lead Consultant. This role, for the National Society of Church of England, involved overseeing work in 9 English dioceses which had the aim of improving education for the most disadvantaged children. He has recently completed his doctoral research, the outcome of which has been published by Routledge: British Pakistani boys, education and the role of religion: In the Land of the Trojan Horse.

Karamat authored the book Dear Birmingham: a conversation with My Hometown, in order to draw attention to exclusion of Pakistanis from opportunities and centres of power. He has also published a number of articles on education and equalities. He is a regular blogger, including for the consultancy Optimus Education. Based on his doctoral research, Karamat has contributed a chapter: Creating Coherence in Education for British Muslim Pupils  for the newly published book by Jenny Berglund: European Perspectives on Islamic Education and Public Schooling

As a part of his voluntary work, Karamat has fulfilled a number of roles within the Ninestiles Multi-academy Trust, including on the Board of Directors, as an Academy Councillor and now as a member of the Local Governing Body at Yarnfield Primary School. Recently, he has served on the Board of Trustees at Jericho Foundation, a social enterprise which provides education, training and employment opportunities for disadvantaged young people and adults. Since 2015 he has also volunteered as a Chaplain at the QE Hospital.

In his spare time, Karamat reads, listens to music, mentors, walks the countryside with his dog Lottie and enjoys conversation with any and all whom he encounters.